6 Social Media Strategies to Effectively Communicate Your Non-profit Cause

Is your non-profit cause not getting the attention that it deserves on social media? Or do you know how to grab the attention of people but are not able to retain it? Well, you are at the right place.

Making social media work for you is an art, which we will learn today. By the end of this article, you will have 6 strategies that you can apply directly to grow on social media. So without any further ado, let’s jump right in:

The First and foremost thing that you need to figure out is – what exactly is your goal that you want to fulfil from social media? Is it sharing news, promoting fundraising initiatives, brand recognition, recruiting volunteers?

All of these things can be your goal but which one is your top priority. Once you have figured out what your success looks like after achieving your goal, now it's time to decide on your target audience.

You can do this by:

After doing all these activities, you will get some understanding of your target audience. You will eventually find your footing by constantly being on social media. Speaking of which….

Starting with multiple platforms at once can be stressful for your social media management team. You should start with Facebook as it is the most sought out platform and most of the target audience for non-profits resides here. Twitter and YouTube follow up as second and third platforms respectively.

You can also increase your reach by:

Networking is the king no one talks about. Self-promotion is off-putting. No one likes listening to anyone talk about themselves nonstop. So how do you get people to know about you?  It's simple- Be visible to them.

Go comment on posts relevant to your cause. Befriend potential speakers, advocates, etc. to spread your message. Invite people to share their stories on your social media.

Keep in touch with them and don’t make them forget you. Don’t be afraid to ask for suggestions and advice from your audience. It makes them feel they have a personal connection to your brand.

You see, how talking and connecting to people is helping you to effectively communicate your cause in a non-promotional context. Therefore, it is important to include networking as one of the important plans of action in your social media marketing strategy.

There are lots of non-profit organisation out there that use Facebook and Twitter, what makes you stand out? You have to post relevant and interactive content religiously to make the best out of social media.

To pave your own path, put out a type of content that no one else is posting, like Fenzo digital created a video celebrating Lunar New Year which was shared by Halimah Yacob, President of Singapore. 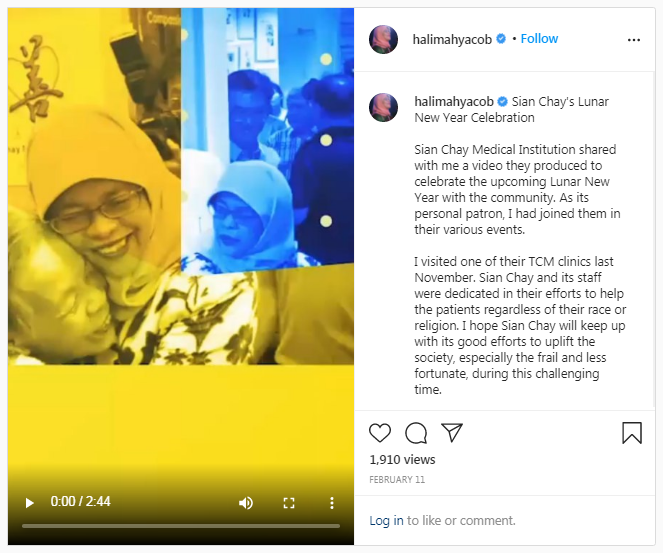 Also, don’t be hesitant to share the smallest victories and achievements of your organisation. Show your audience how their support pushed you as an organisation to make a difference in society.​​​​​​​ Expressing gratitude towards your contributors will attract more support from both new and old audiences.

Spy on your success route

Retaining the audience is one of the most difficult tasks. Your work does not end at collecting the people, you have to keep up with them. Analyse the content that is working for your audience and continue doing it.

Also, you can tweak your content just a little once in a while to see how it performs. You can track this by preparing a small report on the performance of your posts every weak. The idea is just to keep an eye out and have some insight so that all your efforts do not get sunk.

People do not connect with a company or an organisation, they connect with real humans. Keep your social media humanized.  You can even pull off a little humour in your content as long as it is relevant to your cause.

The Authenticity of a brand makes or breaks the success on social media platforms. People like it when brands act sincerely in what they are trying to communicate. Being honest with your cause goes a far longer way than just posting anything to grab attention.

There you have it, six strategies to communicate your non-profit cause on social media like a pro. Tell us in the comments below the strategy that you use because as I said above networking is the king! ​​​​​​​

Lifestyle Tips That Will Help You be Happier

6 Practical Tips to Help You Tackle Your Debt Fast

Tips for Improving Communication at Your Startup Office

7 Safety Tips to Teach Your Teens Behind the Wheel

6 Tips for Keeping Cool During the Heatwave

4 Yoga Poses To Do With Proper Alignment To Prevent Injury