What Is Complex Trauma?

So what is complex trauma and what makes it different from other forms of psychological trauma? Complex trauma generally refers to traumatic stressors that are interpersonal, that is, they are premeditated, planned, and caused by other humans, such as violating and/or exploitation of another person.

Interpersonal abuse, assault and violence can be a one‐time occurrence that takes place without warning and “out of the blue” perpetrated by a complete stranger(s). Getting beaten up outside a bar, getting robbed, a physical assault, a sexual assault or rape.

Despite the high media attention that is given whenever such events take place (the sensationalism around the increasing number of mass shootings in America being a good example), it should be remembered that as grotesque and brutal as these attacks are, the account for a significant minority of interpersonal trauma, and more often than not very familiar with and even have close relationships with each other.

The recent #metoo movement in America and across the world has confirmed what clinicians who have worked in the field of interpersonal trauma have long known, that assaults and abuse are commonplace within work environments.

Interpersonal trauma within the family (or what is now referred to as family-of-origin trauma) that occur between family members or in other close significant relationships, stands out from all other forms of trauma for a number unique reasons.

Firstly, it is the one situation where the victim and the perpetrator live in close proximity to each other, often under the same roof and see each other. Secondly, the power differential between the perpetrator and the victim is massive where one individual is an adult and the other is a child, an adolescent or a teenager.

Thirdly, it can take place continuously often without interruption over years and in some cases, over an entire developmental epoch. it is therefore repeated and becomes continuous and chronic over time. Child abuse of all types (physical, sexual, emotional, abandonment and neglect) within the family is the most common form of chronic interpersonal victimization. Such abuse is often founded on problematic and insecure attachment relationships between parent and child or between child and others who have primary caretaking responsibilities. Parents and other caregivers purposefully exploits a child’s physical and emotional immaturity and dependent status in order to satisfy an unmet need almost always do so in response to their own inadequacies, distress, mental health disorders or their own history of unresolved trauma and/or loss. There is more than a grain for truth in the old axiom “hurt people hurt people”. The ‘hurt’ that these individuals inflict are in truth the externalization of their own unresolved ‘hurt’.

Instead of creating conditions of protection and security within the relationship, abuse by primary attachment figures instead becomes the cause of great distress and creates conditions that cause fear and instability for the child starting a cycle of mistrust and  misgivings about the trustworthiness of others within that child.

When it occurs with a member of the family or someone else in close proximity and in an ongoing relationship with the child (i.e., a clergy member, a teacher, a coach, and a therapist), it often occurs repeatedly and, in many cases, becomes chronic and escalates over time. The victimization might take place on a routine basis or it might happen occasionally or intermittently.

Whatever the case, the critical point here is that the victim does not have the time, the knowledge or the ability to re-establish emotional equilibrium. Instead they have to live between occurrences with the knowledge that it can happen again at any time. This awareness unsurprisingly ends up causing the individual in a most continuous state of ongoing vigilance, anticipation, anxiety, and terror.

Rather than the stability and security of a childhood that ought to be carefree and filled with curiosity and mischief, abused children are terrified and hypervigilant. The psychological energy that would normally go to learning and development instead goes to coping and survival. As a result, the child never actually learns what it means to feel truly safe and protected and instead adapts himself/herself to varying degrees of “un-safety”. They develop deep unconsciously held core beliefs that people are not good, kind and loving

Because of the fact that perpetrators of this abuse are very often the very same ones who are responsible for the child's safety and wellbeing, it represents the most devastating of betrayal considering the responsibilities of those relationships are meant to do the opposite. Adding to the burden is the fact that the abuse often occurs completely in private and the child out of sheer terror, often threatened with severe consequences they disclose therefore choose not disclose its occurrence.

Perhaps worst of all, if a child does somehow find within themselves the strength and courage to disclose that they are being abused, they are often not believed or even in cases where there is genuine concern and suspicion that abuse may be taking place, the response is either inadequate, delayed or simply insufficient resulting in a final betrayal and another trauma. This is often referred to as secondary traumatization or institutional trauma. It is for these additional reasons that complex traumatization is often compounded and cumulative and becomes a foundation on which other traumatic experiences tragically occur over the course of the individual’s lifespan.

Research studies have repeatedly found that when a child is abused early in life, especially sexually, it renders him/her much more vulnerable to additional victimization and traumatization. Such child victims can become caught in an ongoing cycle of violence and re-traumatization over their life course, especially if the original abuse continues to go unacknowledged and the aftereffects unrecognized and untreated.

Each additional trauma compounding the previous ones causing increasing levels of distress and damage. It is perhaps unsurprising when viewed through this lens why many survivors of childhood abuse, violence, abandonment and neglect go on to develop addictions later in life as a means of self soothing (albeit a pathological one).

To summarize: complex traumatic events and experiences can be defined as stressors that are:

The underlying reason that these seemingly benign stressors become complex and extreme are in large part due to their nature and their timing. So a 25 year old man who is forced to wait for 2 hours because his partner has been delayed for some unknown reason is unlikely to suffer with anything more than mild anxiety about what the delay may be due to. To a 4 year old child however, this is an entirely different proposition.

Left standing alone at the school gates for 2 hours not knowing what has happened to delay being picked up by their mother is a massive psychological stressor for that child. Imagine then if when the mother finally arrives, she is too stressed herself or too tired to respond to her acutely distressed child and either tries to ignore the hysterical child or worse still, chastises the child or worst of all, physically beats the child in a bid to get the child to be quiet.

The nature and the timing of this will almost certainly cause the child to experience trauma. And when this is done to the child over and over again because the parents are either too exhausted, too stressed or are themselves angry and have difficulty self regulating emotionally, then each event like the one above adds to and blends into the next, and the next, and the next, and so on. In the same way that the interest on a bank deposit itself generates interest, the same compounding effect happens with each event compounding and adding “interest” on the next.

Some of these stressors are actually life‐threatening due to the degree of violence, physical violation, and deprivation involved. Most however threaten the individual’s emotional, mental health and physical well‐being due to the degree of personal invalidation, disregard, neglect, abandonment, deprivation, active antipathy, and coercion involved. Many of these experiences are chronic rather than one‐time or time‐limited and they can progress in severity over time as perpetrators become increasingly compulsive, entitled and vicious in their demands.

It is interesting to note that 75% of all trauma is inter-personal. Meaning, it is inflicted (often purposefully) by one human being onto another. When such adversities occur in the context of close relationships and are perpetrated by the very human beings we should rely on for our survival and wellbeing, they involve a level of interpersonal betrayal that create immense difficulties in the future with personal identity and therefore in relationships with others.

Get professional help from accredited counsellors who understand the complexity of disorders and how they interplay.

A Healthy Guide for Having a Safe & Holistic Pregnancy

Tips to Find the Best Assisted Living for Your Family Member

Messages From the Body with Anne Hockett: Breast Cancer

The Power of a Hug Can Help You Cope With Conflict 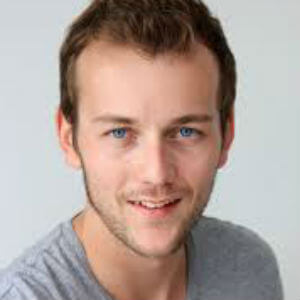 Anne Hockett discusses Fasting, What is it? How did it start?

Ways to Naturally Gain Your Health Back in 2022