Australia is arguably the most amazing continent on the planet. With a unique nature - those species of animals are found here, and those plants grow that you will not find anywhere else.

The country is famous for a huge number of animals, plants, fruits, such as quandong, taro, and inyam, which are not found anywhere else in the world - and all this splendor goes into action. Australian cuisine is prepared from the meat of crocodiles, kangaroo, ostrich emu, whitebait, barracuda, speper, and shark are used from fish, Tasmanian pepper, tulasi, and lemon myrtle are added as spices.

Traditional Australian cuisine is considered very healthy: it contains a lot of protein, vegetables, fruits, and practically no fatty and unhealthy foods. Australians have even developed the ideal 2: 5 nutritional formula, which means five vegetables should be eaten for every two fruits. Manufactured products are marked with asterisks. The more stars on the label, the healthier the product.

Australian cuisine is truly amazing. And not only with authentic dishes. Both colonists and emigrants from European and Asian countries, who brought with them the traditions of their culture, including culinary ones, made their contribution. So today, Australian cuisine is a fascinating mix of various gastronomic schools. Therefore, if you are lucky enough to visit this beautiful country, you must try the most delicious local cuisine.

This dish is a union of the traditions of the aborigines and the English colonialists. They are cooked both in a pan and on a grill. As a rule, it is lightly toasted on one side. Combine with red currant, orange, and plum, season with juniper, pepper, and garlic. Kangaroo meat is tough, so it is pre-marinated. Also, the meat is stewed and baked, delicious filling for dumplings and pies is prepared. Kangaroo meat is generously greased with a mixture of herbs and crushed garlic. We do not know if you have tried roe deer meat, but they say that kangaroo meat is very similar in taste to it. The meat, by the way, is dietary: it contains practically no fat, a lot of protein, and linoleic acid, which is famous for its antioxidant properties and helps to lose weight.

The fate of this perch is unusual: once it turned from a river fish to a sea fish. Centuries ago, the aborigines called this big fish, which they caught in freshwater. At the end of the twentieth century, someone decided that it would be a sin to disappear with a sonorous and attractive name, and replaced it with the nondescript name of the white sea bass - late. I must say that the new name suits this perch: large, practically without bones, with very tender meat. Traditionally, barramundi perch is prepared in Australia in two ways: grilled to enjoy the pure flavor (a little lemon), or stuffed with vegetables and herbs and baked in the oven.

Kangaroo has nothing to do with the second, no less popular name of this cake: it is called that because the pastry can easily fit into a lady's bag - the diameter of the pastry does not exceed 10 cm. The meat pie is always present on the table at any significant event and all holidays. It is also served at the final of the Australian national football championship - AFL Grand Final. The cake was first prepared in 1947 at a bakery in Bendigo. There are many recipe variations, but stuffed meat and ketchup as decoration are indispensable ingredients.

Australia is washed by seas and oceans from all parts of the world, therefore it is very rich in seafood. These are various fish, oysters, mussels, scallops, octopuses, crabs, shrimps, lobsters, lobsters, shark meat. Barracuda, trout, salmon is very popular. In some restaurants, it is prepared in a non-standard way. It is placed in a special sealed plastic bag. Water extracted from a depth of 900 meters from the surface of the Pacific Ocean is heated without boiling. Then the fish is immersed in this water for about an hour. Thanks to this, a juicy delicate taste, rich aroma, and, most importantly, absolutely all useful properties are preserved.

Amazing and mysterious Australia must have extraordinary burgers. A specialty of local street food is burgers with pickled beets. Locals claim that they are tastier than ordinary ones. Many years ago, Ronald McDonald himself supported the hamburger company, he liked him so much.

Meat pies are a favorite dish of Australians. Besides the classic pies, there are also floating pies. For example, a float pie floats in a puree of young peas. Australians joke that he was born because of a hulking cook who dropped a meat pie in a pea soup.

Traditional Australian cheese buns are very similar to the well-known Cinnabon buns. Only the filling of such buns is very specific: vegemite is a paste based on beer wort, which can also be an independent dish. It is used as a spread on toast and crackers, or as a sauce for meat and eggs. Rich in B vitamins and folic acid, it is also a great product for those looking to lose weight.

World classics of fast food: fried fish with fries. Large, hot portions of fish and chips are sold at almost every turn and are inexpensive. Despite the simplicity of this dish, Australians still prefer to buy fish and potatoes in cafes, rather than cook at home.

Australians are real BBQ fans. The weekend was wasted if you didn't go to the barbecue. Everything is grilled here: meat, vegetables, seafood. There is a brazier in every home, and free barbecues are installed in parks and recreation areas. By the way, the most popular meat here is not kangaroo meat at all, but beef and lamb.

Australian people love pies and Thai food. The Australian version of the pie is Thai green curry chicken wrapped in a layer of dough. This dish is often used as an appetizer for meeting guests, at family celebrations, etc. But the most important thing is that it is not only tasty but also healthy. Because chicken is dietary meat and curry is rich in various vitamins, minerals, and antioxidants.

This magical appetizer will not leave anyone indifferent, and cooking it is as easy as shelling pears: you just need to cut the bread into triangles, spread with butter, sprinkle with colorful dragees, and the elven bread is ready! The best dish for a children's party.

Dessert "Pavlova" is named after the famous Anna Pavlova. In 1926, she was on tour in Australia. The chef of the restaurant at the Esplanade Hotel was so impressed with the art of the Russian dancer that he created a dessert with meringue, which symbolized a tutu skirt, and fresh fruit. In fairness, I must say that New Zealand also claims authorship of the recipe, where Pavlova performed at the same time. And of course, each state is confident in its version of events. This is a meringue with fresh fruit and whipped cream. Australians prefer strawberries combined with passionfruit pulp.

Another dessert is small rectangular or square biscuits, covered with chocolate and generously sprinkled with coconut. It was thought up in an interesting situation. Guests have come to the Governor of Queensland, Baron Lamington. But he didn't have any treats at home. Fortunately, yesterday's stale biscuit was lying around. His chef cut it in portions, dipped it in melted chocolate, and rolled it in coconut flakes. The dessert has become very popular and beloved by many Australians.

Another dessert is named after a representative of the order of amphibians - frog cake. Do not be surprised, the frog was honored not because it was a governor or a ballerina, but the cupcake is similar in shape to the head of a frog. The head is made from a biscuit, filled with cream, and covered with fondant. This dessert was borrowed from French pastry chefs.

This sweet cookie with coconut flakes and oatmeal owes its origin to the Australian and New Zealand Army Corps (ANZAC), created during the First World War. The creators of the cookies are Australian and New Zealand housewives: they came up with a recipe for a universal dessert that could survive the long journey to the front. ANZAC cookies are still given out to soldiers at Christmas.

This chocolate bar has become a bestseller in Australia. Made from cherries and coconut, poured with bitter Cadbiri chocolate. And you can have a snack on this bar with the famous local Fantales sweets - this caramel covered with milk chocolate will give you a pleasant taste of delicious sweets.

In Melbourne's establishments, you can find a dish that will surely not leave anyone with a sweet tooth indifferent - cocoa with cotton candy, or cotton candy with cocoa. Pour cocoa over cotton candy and enjoy a delicious sweet drink.

Now you know how to make a trip to Australia a real treat for your taste and get not only vivid emotions but also taste the most delicious local cuisine.

Clarissa Shuman is a writer and journalist who currently works at http://japanese-women.net/ and tries to expand her knowledge in different spheres of life. She has a great love for creativity and prefers to develop her skills and expertise in writing. Now Clarissa is looking for new ways to serve the web community.

7 Food And Lifestyle Trends That Will Define 2021 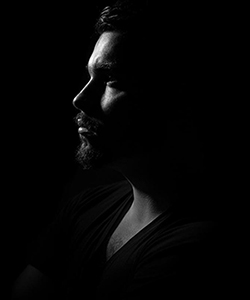